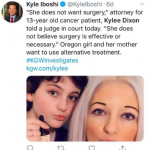 A Clackamas County judge has ruled, however, that she wouldn’t stand in the way of Kylee receiving surgery to remove the tumor — despite Kylee and her mother’s objections.

“I’m not a doctor,” said Judge Heather Karabeika. “I let medical professionals handle what they think is most appropriate given their experience and knowledge.”

This story may well emanate  from a more tabloid source than normal but it makes for interesting reading.

Dixon’s 13-year-old daughter, Kylee, is battling liver cancer. According to KGW-TV, a doctor had ordered a prescribed treatment of chemotherapy and surgery for the teen. Doctors wanted to remove at least one cancerous tumor from the girl’s liver, reports The Oregonian.

But Dixon claims her treatment has gotten results. In an interview with KGW-TV she said she believed that an alternative treatment of vitamins, herbs and pure CBD oil has been effective in treating Kylee’s cancer.

Authorities allege that Dixon and Kylee left the state in June to avoid treatment. Through a series of tips, authorities determined that they were in Nevada.

The sheriff’s office said that they were found on June 13 at the Long Horn Casino & Hotel. Kylee was placed in protective custody, according to Fox12. 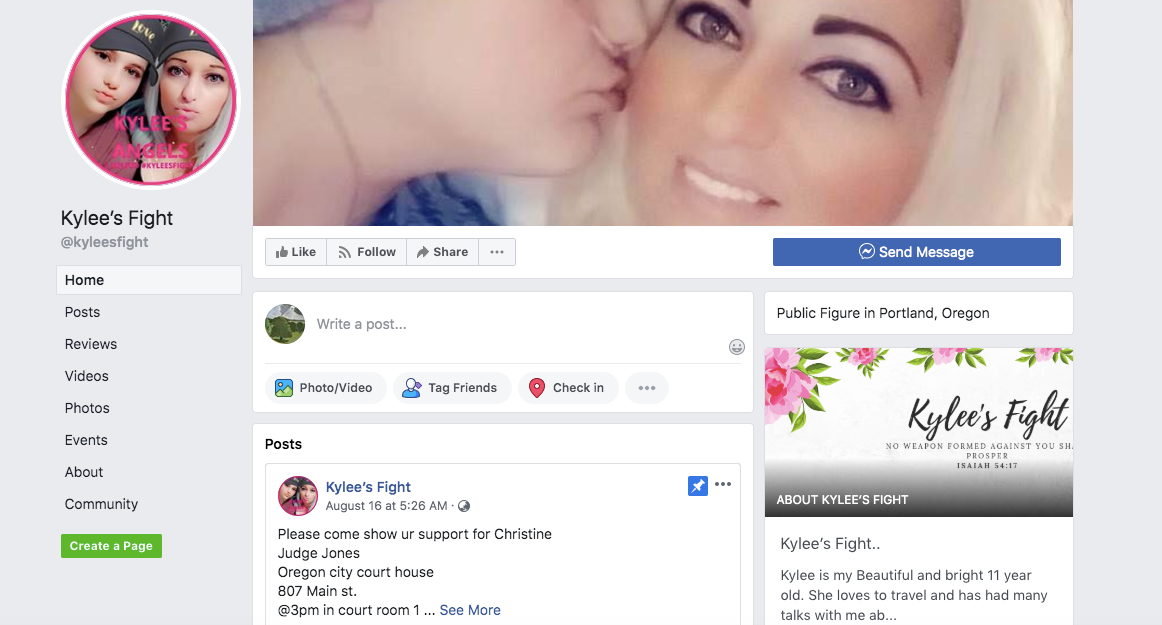