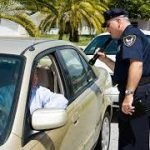 In a unanimous ruling earlier this week, the state’s Court of Appeals determined two police officers violated a man’s Fourth Amendment rights by conducting an unreasonable warrantless search of his person, after police found him in a car that smelled like pot.

“In the post-decriminalization era, the mere odor of marijuana coupled with possession of what is clearly less than ten grams of marijuana, absent other circumstances, does not grant officers probable cause to effectuate an arrest and conduct a search,” court documents state.

In 2014, Maryland decriminalized possession of up to 10 grams of marijuana, and possession of less than that amount is now considered a civil offense that carries a $100 fine.

The decision stems from a case involving officers from the Montgomery County Police Department — identified only as Groger and Heffley in court papers — who came across Michael Pacheco, sitting in a Chevrolet Trailblazer in an otherwise empty parking lot one night.